Into the Changing World

If you didn’t notice, High School graduation — that big moment anticipated by parents and teens alike as a proud moment of accomplishment and a hopeful new beginning — feels a little different this year. Our student seniors, instead of crowding into auditoriums or stadiums with their peers and collective families, are having to arrange virtual ceremonies and drive-by graduation parties.

Missing out on this and other traditions — prom, senior play, class trips — is a significant loss for these kids. Looking back as an adult, prom and graduation might seem like silly things we were made to do. We giggle at how awkward we looked, and groan about the boring speeches in the hot sun. But developmentally, these rites of passage can mean a great deal.

High school graduates are right in the crux of the separation/individuation process. There’s a pull to grow up and be independent, but an opposite pull to remain dependent and safe, with the adults they’ve been attached to. This year, the pandemic is leaving no room for ambivalence: they’re forced to remain in the dependent mode during quarantine. This is frustrating! And many kids deal with their anxiety by behaving defiantly (using curse words, expressing anger about not seeing their friends, etc.).

To complicate matters further, many teenagers are likely becoming more aware of their parents’ coping abilities, or lack thereof. There’s been a surge in substance abuse, anxiety, depression — as much among parents as students — and from what I hear from my daughter and her friends, our budding young adults are realizing fast that even adults in leadership positions can have difficulty coping as well.

Earlier this month, this point was made by former President Barack Obama, in his Graduate Together speech.” Our family joined my daughter Shelby and her classmates, each from our couches or kitchens, on Zoom, to watch the kids watch, on TV, the star-studded program. My daughter was at her Dad’s house, but I could see her, along with classmates and their parents, in boxes on my screen.

It was surreal. It hurt not to hug. But there was something incredibly moving about how perfectly it encapsulated both our difficult moment and the resilience it has inspired. This generation has witnessed so many traumatic events through their formative years — school shootings, racial violence, political division, extreme weather — that seeing them forced to graduate online because of a pandemic made a certain sad kind of sense, and seeing them enjoy it anyway evoked incredible pride.

What on earth must Shelby and her friends make of all of this, I wondered. And so I asked them! It’s sometimes difficult to have meaningful conversations with our kids. Teens especially don’t always reveal to their parents just how deeply they can reflect and feel. But here they are approaching a milestone, while surviving a big world event, and I wanted a glimpse into what they are going through, and how we parents can best support them through it.

I wrote questions to Shelby and two friends, and encouraged them to be candid. What did they miss? What was hard? How were they coping and staying active and connected? What had they learned? I asked what they wanted the adults in their lives to understand about what they were experiencing, and whether there was anything they wanted to hear an adult share. I asked how the pandemic had changed their expectations for the future, and, if restrictions were lifted tomorrow and all danger of the virus had passed, what the first thing they would do with their newfound freedom would be.

The responses were heartening. They are clearly grieving the loss of a normal transition. But their responses showed maturity, intelligence, thoughtfulness, and compassion. They expressed a desire to heal this world from the inside out, starting with themselves. And they challenged some assumptions I had made about technology and its impact on them.

What jumped out immediately was that they are passionate about connection, not only to others, but to themselves. My daughter Shelby, who’s going to Kenyon College in the fall, admitted that the Graduate Together party had been a little unsettling: “It sounds strange for me to say that, I know, because I am used to so much virtual interaction. I grew up with it. I guess I am just seeing the implications of that with a wider perspective right now. It can be isolating. It can be harder to be vulnerable and authentic.”

Her friend Isabella, who is headed to Berklee College of Music in the fall, has been calling and texting with friends as much as possible, but the hardest thing has been cancelling trips to Spain to visit her family. “I only get to see them once or twice a year, so not being able to see them, and not knowing when I will see them again, is hard.”

Their friend Jacob, who will go off to Skidmore college in the fall, reported that “I’ve definitely spent way more time with my family than I had ever before. I have gotten closer with our family pet rabbits that we’ve had since I was twelve.”

They all mention making use of alone time during the Pandemic, as an opportunity for growth. Journaling, yoga, and reading for pleasure were newly popular activities. Shelby plays guitar and paints as well, and expressed a wish to remain creative even after the lockdown. Isabella has become much better at cooking, she says. “I have also become better at spending time with myself, and enjoying being in my own space. I think this experience has definitely made me grow emotionally.”

Empathy and gratitude were another theme I was happy to hear in their answers. High School seniors are understandably frustrated, hurting, and focused on the shortcomings of their own misfortune, to some degree. But this group of kids made clear that their concerns and sense of community were expansive and included family, friends, school, even strangers in the city.

Isabella made a point of acknowledging that this is a hard time for everyone. “And I am incredibly fortunate and grateful for everything that I have and am able to do during this time.” Shelby shared that she had learned a lot about herself, her relationships, and “humanity as a whole. I’ve observed how being alone and being still more affects different individuals, including myself. For some, it is natural and almost comfortable, while for others, it can be unbearable and sad.” And Jacob expressed a wish that people might remain “as empathetic and caring for each other’s safety as they are now. I think we all recognize each other as human and vulnerable to the effects of life. I think that we should lead life with this type of acknowledgement from now on, regardless of a global pandemic.”

These are New York City school kids, so their outlook may differ from the average graduate in America, but this crew was pretty global in their views, while still expressing pain about their own situations, and very eager for growth and change in the world. “I want adults to understand that it is really challenging to have everything wiped away so quickly at such a young age with an even more ambiguous future ahead.” Jacob said. “I think that this pandemic is allowing for countries to take a look at how certain policies have been set up, that are failing us now. There is always room for growth and change, and if something as big as this causes it, so be it.”

“Many things could’ve been avoided if we had competent leadership.” Isabella said. “ I hope that more Americans wake up and understand that we are here right now because of the people that they put in power.”

“I am hopeful that my generation will grow into beautiful, compassionate leaders, whose experiences inform the way they handle crises in the future,” Shelby said. “We are hurting, but we will cope and persevere. We all could use some extra help and reassurance.”

“All of my teachers and adults, when I was younger, would say that we were the generation to change the world,” Jacob said. “And I thought that was something that people just said as encouragement. But I didn’t know how true and necessary that would be right now.”

The sweetest thing I learned by opening this dialogue with the students was how much they all miss simple aspects of life they previously took for granted. Many parents worry this younger generation will be deficient in interpersonal skills and over-reliant on technology. But I was reassured that they recognize how important relationships are. They realize how vital face to face interaction is, physical touch, seeing each other’s faces.

“I miss my school community and simple aspects of my routine that make me feel connected to other people,” Shelby wrote. “I miss the baristas at the coffee shop near my school, the doormen of my building, and the friendly people in the subway. The first thing I would do is go to New York City and meet up with all of my friends to hug, cry, laugh, and share stories.”

Isabella is dying to spend time with friends and family, to bask in what was once normalcy: “I would go to my favorite restaurant. I would do all of the simple things that I always took for granted.”

“The first thing I’d do is definitely meet up with my friends. They’re among my biggest support systems ever. I just want to hug them and express how much I love them,” Jacob said. “What we do doesn’t matter. I miss the unexpectedness and spontaneity of life. Everything is planned now, which is good, but it makes life less exciting.”

So, yes, the kids are bummed about prom and graduation. As well they should be. But they have a capacity to see beyond themselves, an ability to grow and mature from this experience, and that should be encouraged and acknowledged. Even if teens act like they don’t care much about what adults have to say, this shows they really do, and they crave opportunities to connect with others, and learn. In the months ahead, it is crucial for us parents to understand the emotional needs underlying these lost rites of passage, to empathize with the loss of independence, and to try to support them in looking ahead and beyond. The world is dealing with a lot, but don’t let this important moment get lost in the shuffle. 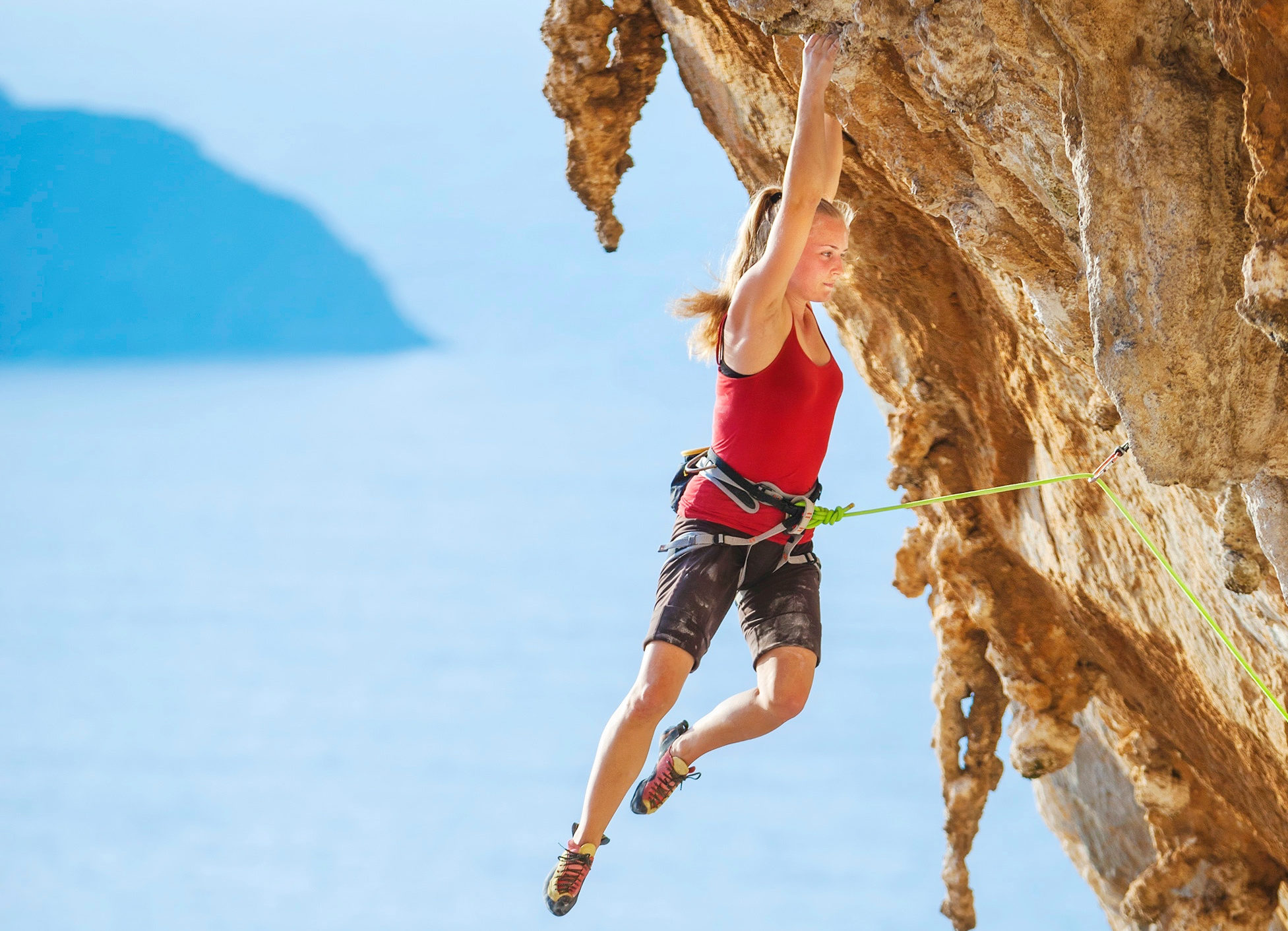